I'll be home for Christmas 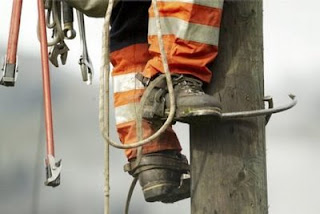 My hubby is a lineman for Hydro Quebec. Huh ? What is a lineman ?? Well, he climbs on those electric poles to fix the electricity. Humm, my english is not fluent enough to give you an adequate description. However, i managed to find few pictures for you to see. That's his job, thisis what he does for a living. He loves his job, but he is aware he has to be constantly careful , it is a risky job. 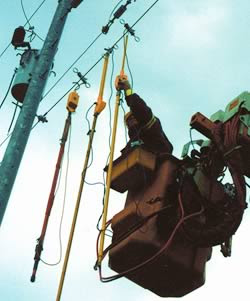 Last saturday, he left for the States. We heard on the news that part of New England was hit by a terrible ice storm and almost a million people were without power. I did not think he would go, but Hydro summoned 25 teams to leave immediately and help the americans. I was disappointed , because on sunday we had plans to go cut our christmas tree. It is a tradition we kept for many years and even now as my girls are not little girls anymore ( well, they still are for me ) they are always so excited to celebrate this special day. Hubby called home yesterday, they had drove for 9 hours in their big uncomfortable hydro trucks down to Manchester, MA. They will be working 16 hours shift and hoping that everybody will get power for christmas. He hopes to be back on the 23rd. I am worried, it would be so sad if he did not make it for the holidays. I told the girls ,no unwrapping gifts 'til he gets back. We still went for our tree cutting day and my daughter's boyfriend took over my hubby's role. We had fun, it was a pleasant snowy day, but we all missed our " chief ". It just was not the same. However, i am proud of him. At this time, he is working hard so that people can spend a beautiful and warm christmas holiday... He is my hero !
Publié par blueberries in the fields à 06:17

Oh my, what a job! Too bad he had to go away just now, but I hope he'll be back in time for Christmas. And I bet the Ameracans are quite happy when they get electricity back:-)

Take care, and have a great time, even if your hubby's not home these days.

Hello. I just want to reply about the roses on my banner. They are in my garden and are very beautfull all summer long. The name is Eden Rose and it is part of the old fashioned roses they have been comming out with. It is a health grower and the blooms are gorgeous.
I appreciate your consern about your hubby, mine is an electrician and I understand the danger. I hope yours gets home to you and yours soon. TTFN

Goodness! He is a hero! I will be thinking of you, and sending many good wishes your way!
Please do take care when you drive those scary icy slippery roads yourself.
Hoping these last weeks of 2008 will be lovely for your and your loved ones, and may 2009 be even better and more special!

Go papa go! Hope that he will be back soon...At least he will be very tired for Christmas, and so maybe you will be able to get some more sleep before the gifts unrapping! Hihihi!
XXXXXXXXXXXXXXXXX

blueberries in the fields
Creating Muffinpies and other handmade sweets in between keeping the house looking decent and trying not to forget i must feed my little birds with the proper foods. 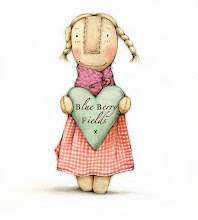 I love to read 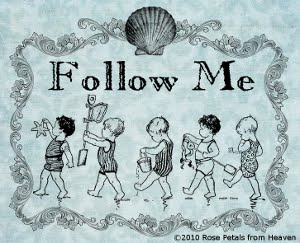 Crochet and other crafts